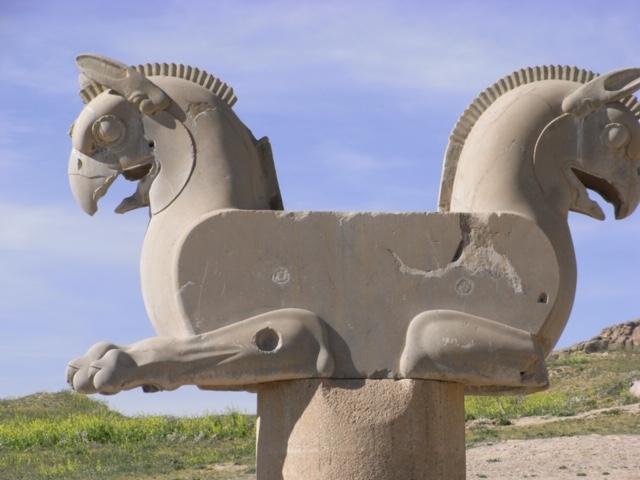 In the past few weeks, it has been reported that two initial transactions for the supply of medical goods to Iran have been successfully completed through the payment mechanisms established by the Swiss Humanitarian Trade Arrangement (SHTA) and by the Instrument in Support of Trade Exchanges (INSTEX).

The supply of medical goods is, as a general rule, not subject to US or EU sanctions against Iran and, therefore, generally possible; however, and in view of the sanctions against the Iranian financial sector, in particular the Iranian Central Bank, and the lack of foreign currency in Iran, foreign suppliers of medical goods are, in practice, often unable to find ways to arrange for payment of their deliveries. In addition, Iran will, in its current fight against the spread of COVID-19, certainly benefit if more pharmaceutical and medical companies manage to find “legitimate” payment mechanisms to complete transactions to route further lifesaving products to the country.

This short note provides a high-level overview of the SHTA (1.) and the INSTEX (2.) mechanisms from a legal and practical perspective. It mainly aims to allow interested companies to have a better understanding of these two channels, should they be willing to make use of them.

What is it exactly?

SHTA is a mechanism set up by the Swiss Government in close cooperation with US authorities; it aims at facilitating the commercial export of so-called humanitarian goods (i.e. agricultural commodities, food, medicine, and medical devices) to Iran while safeguarding at the same time against any diversion of humanitarian trade for illicit purposes. This mechanism is aligned with the specific framework for the facilitation of humanitarian trade with Iran which was announced by the US Departments of State and Treasury in October 2019[1] (“US Framework”).

As a proof of concept, the Swiss pharmaceutical company Novartis made its first shipment of cancer drugs and further medication to Iran on 27 January 2020.

How does it function?

The US authorities have made it clear that any mechanism under the US Framework must restrict the role of the Central Bank of Iran (CBI) in facilitating humanitarian trade, the latter being targeted by two layers of US sanctions[2]. Consequently, for the implementation of the Novartis transaction, only financial institutions that were not subject to secondary US sanctions were involved and the payments were not directly made from Iran. As per this structure, the funds used for the Novartis transaction were first transferred from accounts held by the Iranian Government with banks in Switzerland to the Banque de Commerce et de Placements in Geneva (BCP). In a second step, BCP made the required payments to the Swiss pharmaceutical supplier.

While there is no explicit cap on the size and volume of the SHTA transactions for now, the mechanism will, as a matter of fact, remain functional only for so long as there are sufficient Iranian funds in Swiss banks. The same will evidently apply to other countries which might be interested in the implementation of a similar mechanism.

Further, the SHTA mechanism is not intended to be used for the transfer of any revenue or payment to Iran.

What are the conditions for its use?

The SHTA mechanism is not restricted to Swiss nationals. However, entities willing to apply for a protected banking channel as per SHTA must either have their headquarter or a subsidiary in Switzerland.

Any transaction under the SHTA mechanism must be related to humanitarian products; in this respect, the OFAC definition applies – i.e. “agricultural commodities, food, medicine, and medical devices”.

Detailed information and supporting documents regarding the contemplated transactions must be communicated to the Swiss State Secretariat for Economic Affairs (SECO) by the banks and exporters involved in the individual transaction, which comprise, in particular:

The SECO will validate the information received and make it available to the U.S. Treasury, which in turn will check that an adequate level of due diligence is being applied to each transaction.[3] The U.S. Treasury may at any time require further information and there is no defined legal limit for the level of disclosure which might be required from the involved companies and their business partners. Hence, there is a high level of uncertainty for the involved companies which might have to reveal significant confidential business-related information to get clearance for the transaction at hand.

2. The Instrument in Support of Trade Exchanges (INSTEX)

What is it exactly?

INSTEX has often been referred to as a mechanism put into place by certain European countries in order to avoid US sanctions against Iran. This is, however, wrong – not least since facilitating transactions that are not in line with US sanctions would constitute a violation of these sanctions, too, and carry the risk for INSTEX to become subject to US sanctions itself.

Instead, INSTEX is a French special purpose company established on the basis of the common political will of France, Germany and the UK in January 2019[4] in the form of a Société par actions simplifiée with an initial share capital of 3,000 EUR[5] and its registered seat in Paris. Its main purpose is to enable lawful, non-US Dollars transactions that involve  the supply of humanitarian goods to Iran. INSTEX is neither operating as a bank, nor as a financial services institution. Instead, it aims to replace direct payments by a bartering mechanism in cooperation with its equivalent interface established in Iran, the Special Trade and Finance Institute (STFI). In late November 2019, six further countries have announced their decision to join INSTEX as shareholders (namely Belgium, Denmark, Finland, Netherlands, Norway and Sweden).

On 31 March 2020, the German Federal Foreign Office announced that INSTEX had successfully concluded its first transaction, facilitating the export of medical devices from Europe to Iran, and confirmed the intention of the founding States to work on enhancing the mechanism and completing more transactions. No public information has been made available to date regarding the identity of the German supplier of the medical devices.

How does it function?

INSTEX and STFI act as clearing houses orchestrating a bartering mechanism in which goods are transferred between Iranian and non-Iranian companies while there is no flow of money from or to Iran.

How the system works can best be illustrated by an example as follows:

The payments made in Europe are in Euro while the payments made in Iran are in Iranian Rial, which ensures conformity with US sanctions that ban the use of US Dollars for Iran related transactions. Hence, and in contrast to the SHTA, there is no requirement for any disclosure of information to US authorities.

The mechanism is not limited to the exchange of goods, but can also be used for service-related transactions.

How INSTEX and STFI will be financed in the long run is still unclear; arguably, payment of a certain fee for each transaction might be a reasonable solution.

What are the conditions for its use?

INSTEX can be used by any company registered in the European Union. At the current stage, the aim is to facilitate transactions related to food, medical and pharmaceutical goods, and medical devices. As energy related transactions (in particular the sale of oil and gas by Iran) are excluded, the volume of eligible transactions is, in practice, limited – as an example, the value of EU imports of food related goods from Iran was, even during the time when the Joint Comprehensive Plan of Action (JCPOA) was in force and sanctions were, to a large extent, lifted or suspended, only EUR 0.3 billion[6].

At this point of time, there is no official channel for companies to submit their request in order to be considered for an INSTEX/STFI payment arrangement. As per the information mentioned on the website of the French embassy in Tehran, questions can be addressed to instex@dgtresor.gouv.fr or INSTEX, Ministère de l’économie et des finances, direction générale du Trésor, 139, rue de Bercy, 75572 Paris cedex 12, Télédoc 233.[7]